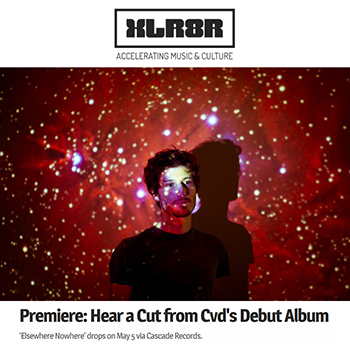 XLR8R shares a stunning cut from Cvd’s debut album, ‘Elsewhere Nowhere,’ out May 5 on Cascade Records; hear it now.

« Parisian producer Cvd (a.k.a. Charles Dollé) first appeared on our pages in 2014 with his glistening track « Jungle Cahandy. » In the years since, Cvd has stayed on our radar, consistently producing stunning electronic compositions, including his 2016 remix of Chassol’s « Lôôôve You Negacra, » which we offered as a free download »

Read the whole article on XLR8R